In order to access your Linux machine from VisualGDB or VisualKernel, you would need to install the SSH server on it. On Debian-based systems (e.g. Ubuntu) this can be done via the following command:

On RedHat-based systems the command is as follows:

You can verify that the SSH server is running by running “ssh localhost” on the Linux side. If it asks for the key/password, the server is active: 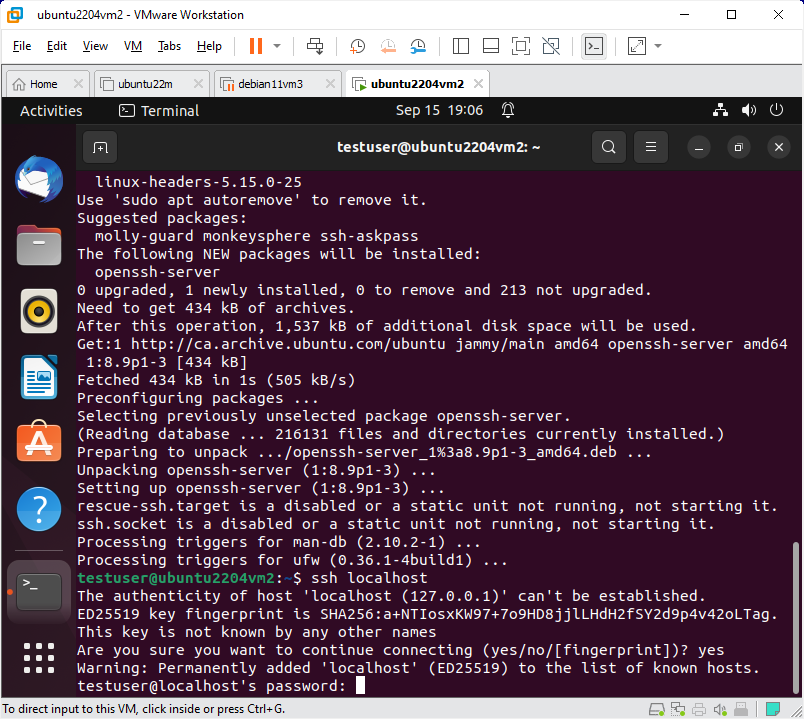 If the server is not running, you can manually start it by running “sudo service sshd start” or “sudo systemctl start sshd”.

If the server is running, but you are not able to connect to it, double-check the host name and IP address used by the Linux machine. You can force it to re-acquire an IP address by running “sudo dhclient -v”: 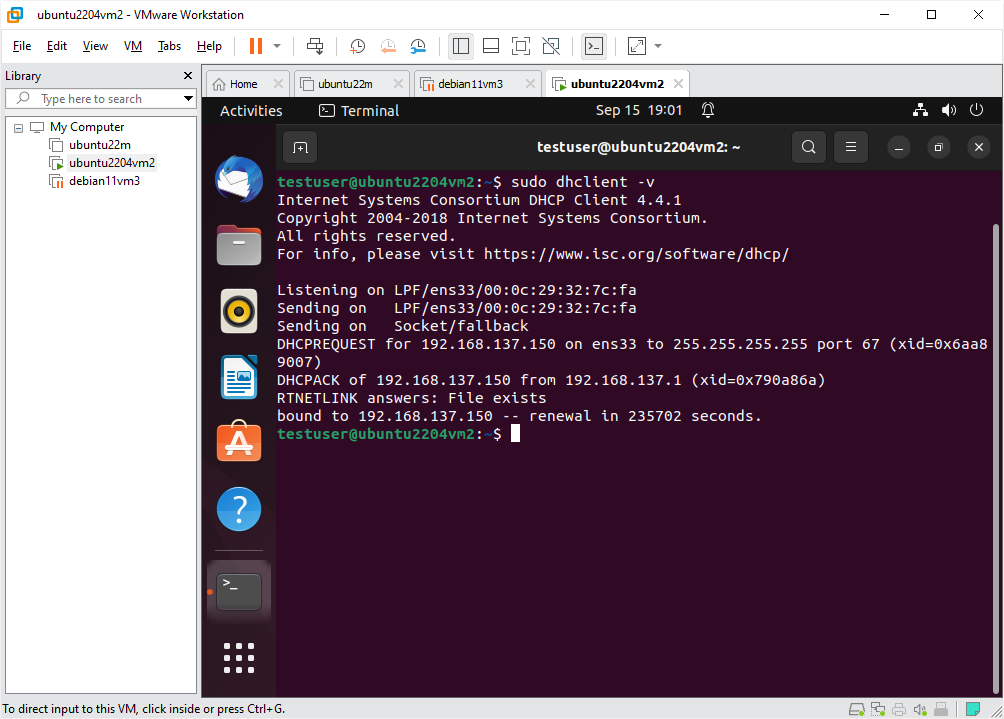 You can use the IP address shown by dhclient to connect to that machine via SSH.