This tutorial shows to to create a basic project for the RISC-V-based ESP32-C3 device and how to debug it with JTAG. We will show all the necessary wiring on the ESP32-C3-DevKitM board, as well as the steps required to configure the software.

The ESP32-C3 chip includes its own on-chip USB-to-JTAG engine, so it can be debugged by connecting a secondary USB cable to the special debug USB pins (Option A). Alternatively, it can also be debugged using an external JTAG probe (Option B), however it requires additional setup described here.

In order to debug ESP32-C3 using the built-in JTAG engine, you need to use a secondary USB cable and connect it to the following pins on the board: 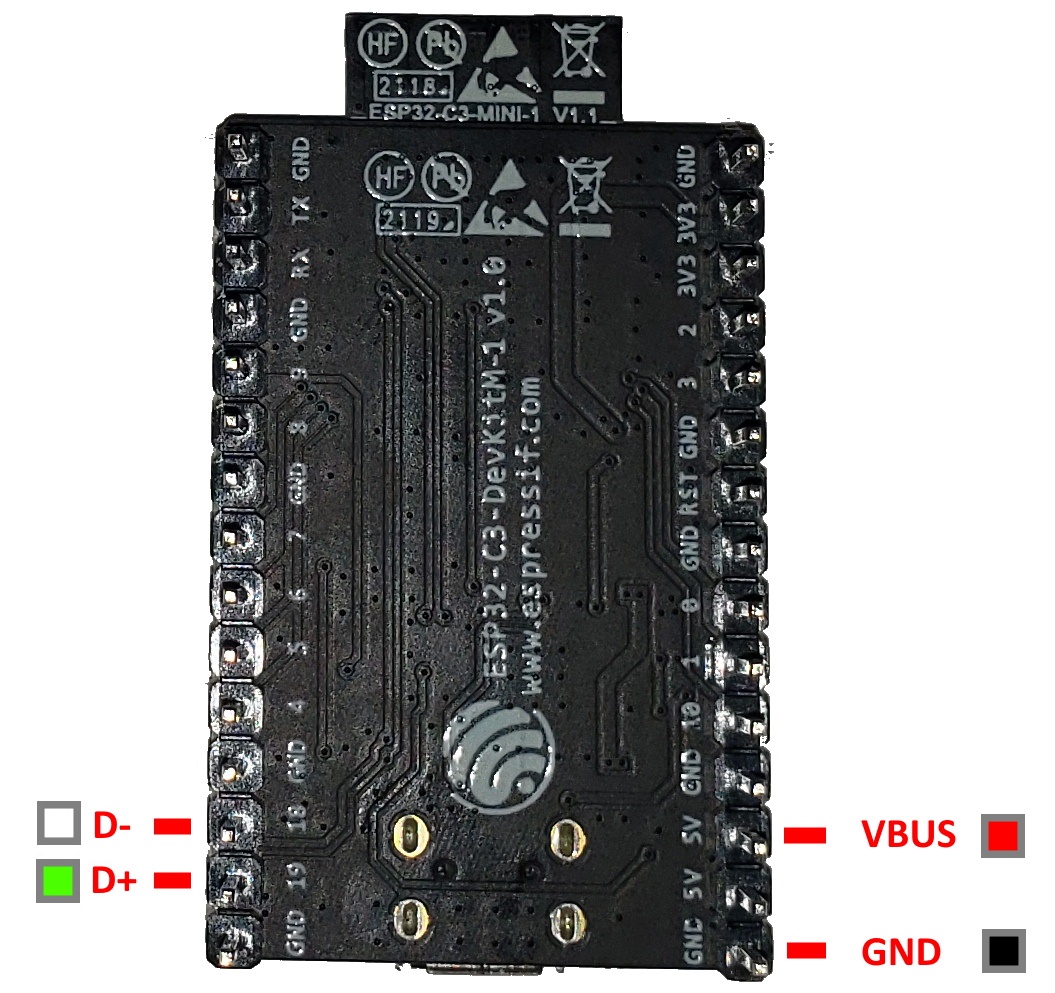 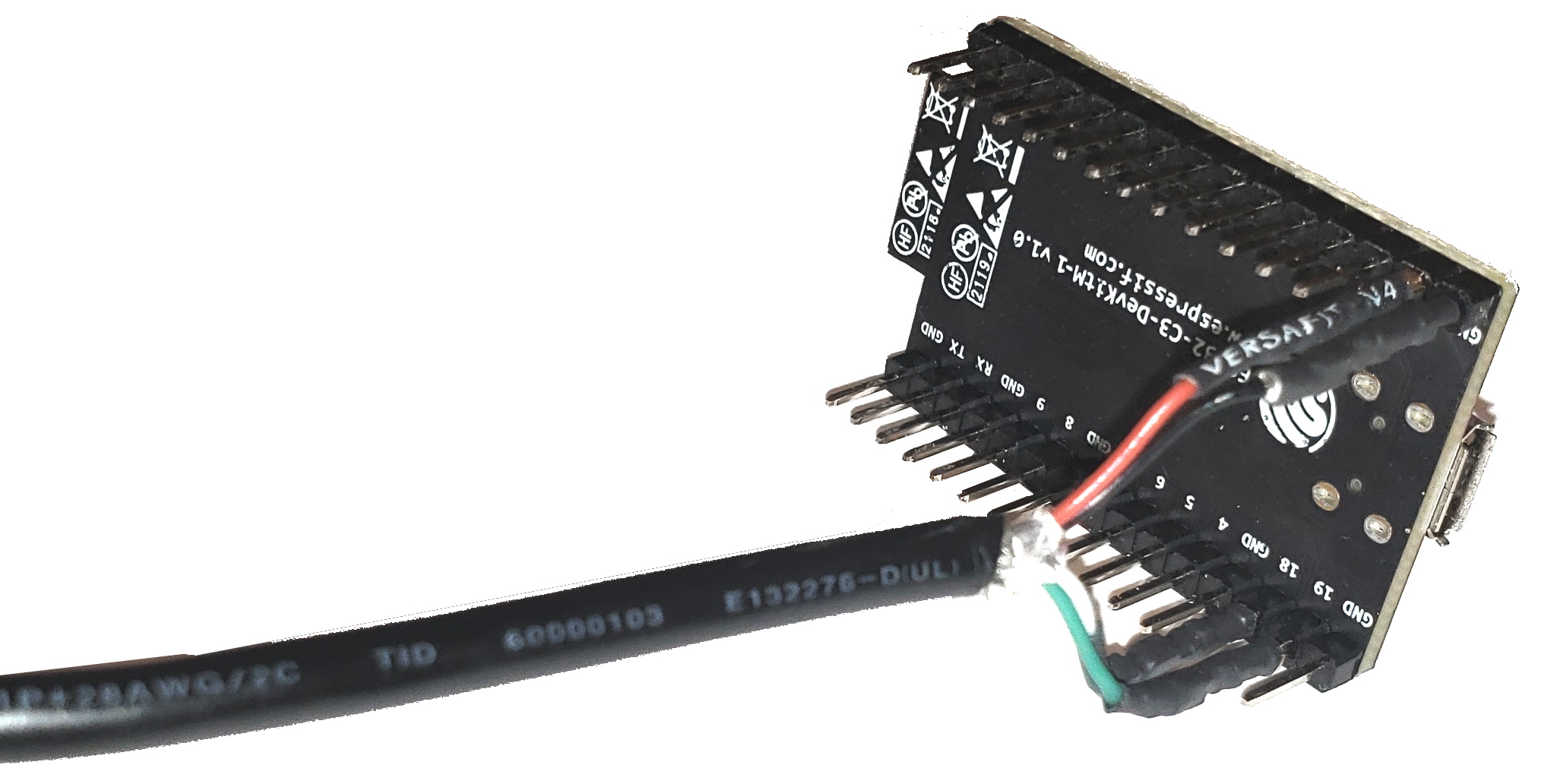 Note that since the secondary USB connection also supplies power to the board, you do not need to connect another cable to the primary USB connector.

If you wanted to use an external USB-to-JTAG probe, you would need to connect the following signals according to the Espressif documentation:

You would also need to do additional setup as shown in this thread. For easier setup, we advise using the built-in JTAG controller instead.

Once you got all the wiring set up, follow the steps below to create a basic project and debug it: