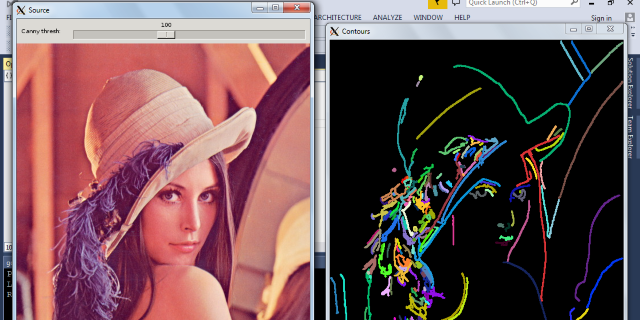 This tutorial shows how to cross-compile the OpenCV library for Raspberry Pi to allow stepping through its source code and searching through it using Find-All-References and Code Map.

Before you begin, download the Latest Raspberry Pi SD card image and write it to the SD card. Then get a cross-toolchain compatible with the image from the gnutoolchains.com website. Then download the source code of OpenCV for Linux to your Windows machine and unpack it. Then install VisualGDB 5.4 or later.