Embedded projects developed with the C/C++ languages use 3 different memory regions to store the variables:

The default linker script layout places the heap directly after the last global variable, and the stack directly before the end of RAM: 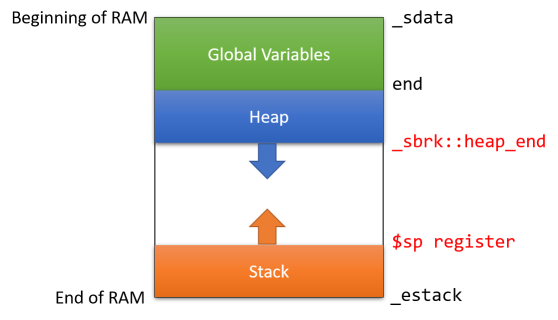 Both heap and stack grow dynamically. When the program’s entry point is called, the heap does not yet exist and the stack points to the address of the _estack symbol (normally at the end of RAM). Once the entry point calls other functions and they use stack to store variables and return addresses, the stack pointer grows towards the beginning of the RAM. The $sp register of the CPU normally points to the current end of the stack.

If the application calls malloc() or new() to allocate memory dynamically, the standard C/C++ library calls the _srbk() function to create a heap right after the last global variable (the _end symbol) and increase its size as needed. The default _sbrk() implementation stores the end of the heap address in the static heap_end variable.

Note that both heap and stack grow towards each other and may collide, leading to memory corruption.

If you are using VisualGDB-generated linker scripts, you can reserve fixed amounts of memory for the stack and heap: 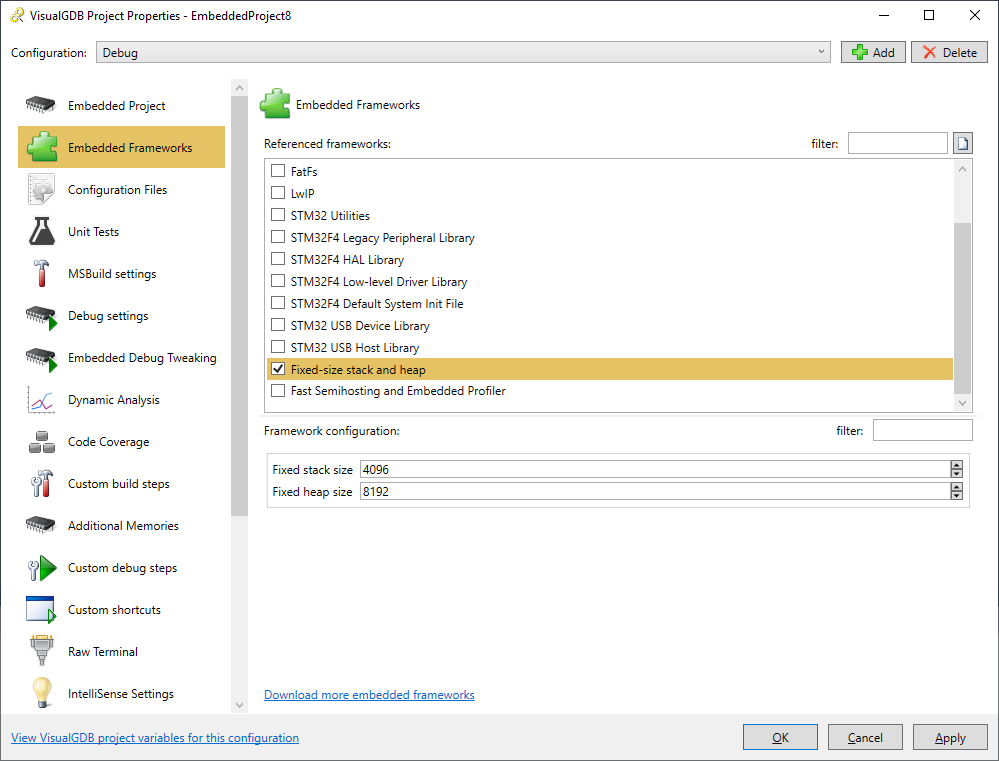 This will create 2 additional sections in the ELF file: 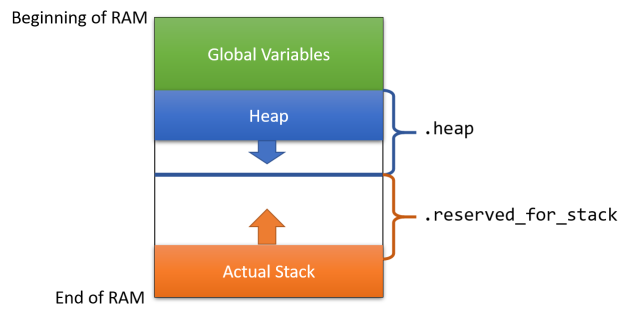 The stack/heap layout for FreeRTOS applications is shown here: 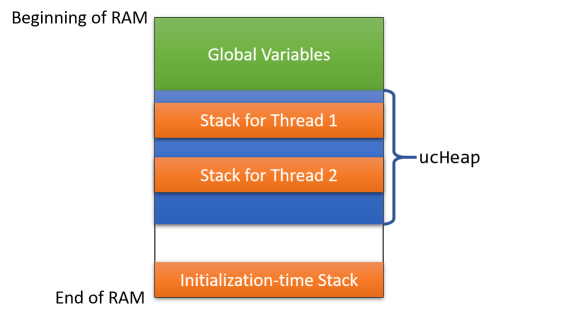 You can arbitrarily change the stack and heap layout of your application by editing the linker script and providing a custom implementation of _sbrk():

You can use the following _sbrk() implementation from newlib as a starting point: