This project shows how to setup a large multi-target embedded project consisting of an executable, several static libraries, and multiple platforms (STM32 and Win32). We will use the Advanced CMake Project Subsystem that allows easily managing multiple configurations and reusing project-level settings between all targets. The final target layout will consist of the application itself, a basic cross-platform library, and an OS abstraction layer hiding the differences between Win32 and STM32 targets. The diagram below illustrates the layout: 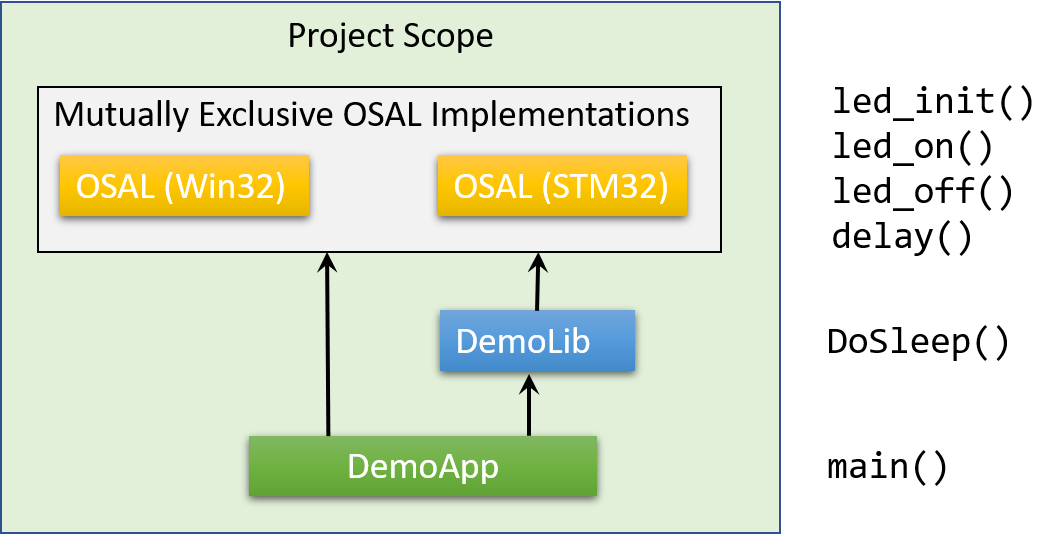 You can find the project shown in this tutorial in our GitHub repository.